As I have mentioned a million and a half times, I love the city of New York and I was personally hoping after spending five days there I wouldn’t be so obsessed.

But it had the opposite effect. I love it!

Here is a recap of my trip to the big city! 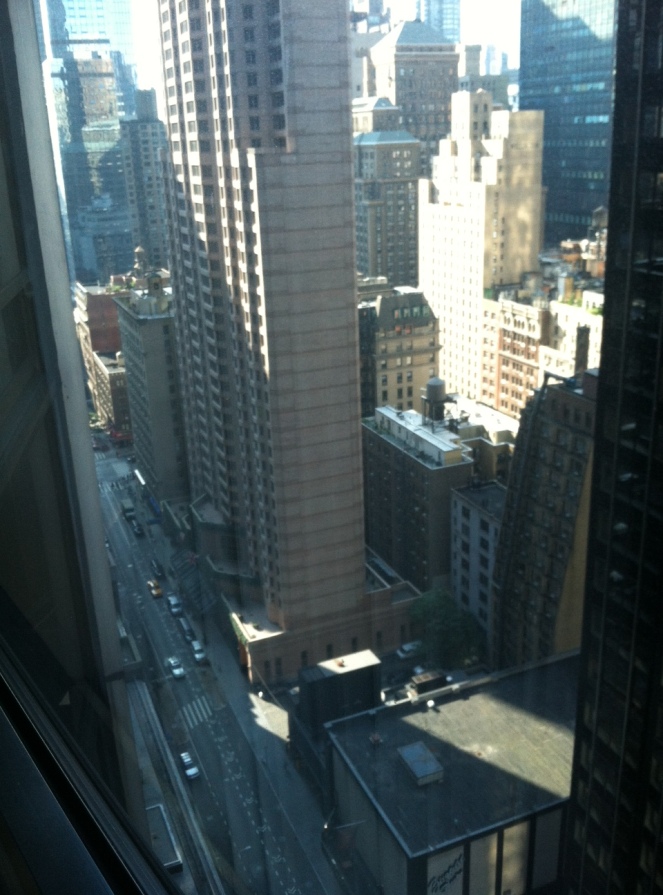 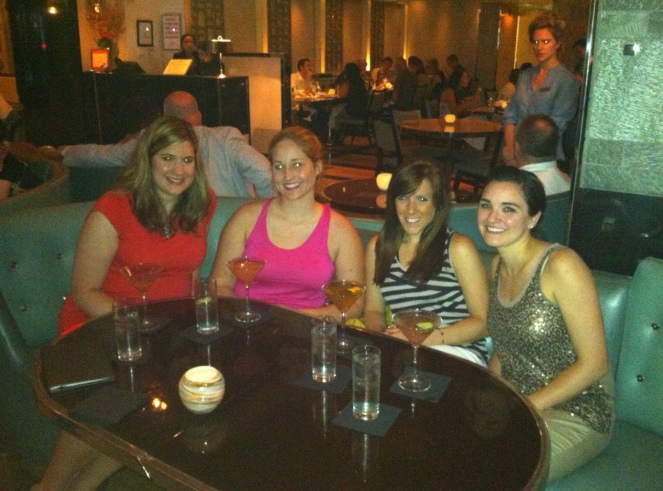 Yummy dinner at MAZE in The London Hotel. DELISH! 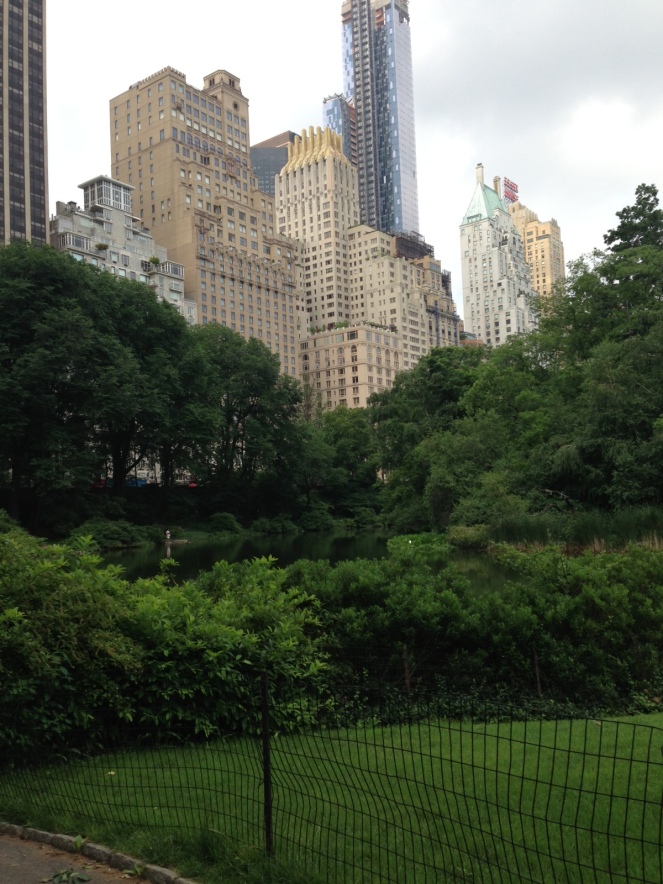 Cutting through Central Park on our picture expedition for the conference. Could have sat there forever!

Met Malcolm Gladwell! The author of  Outliers. So cool! 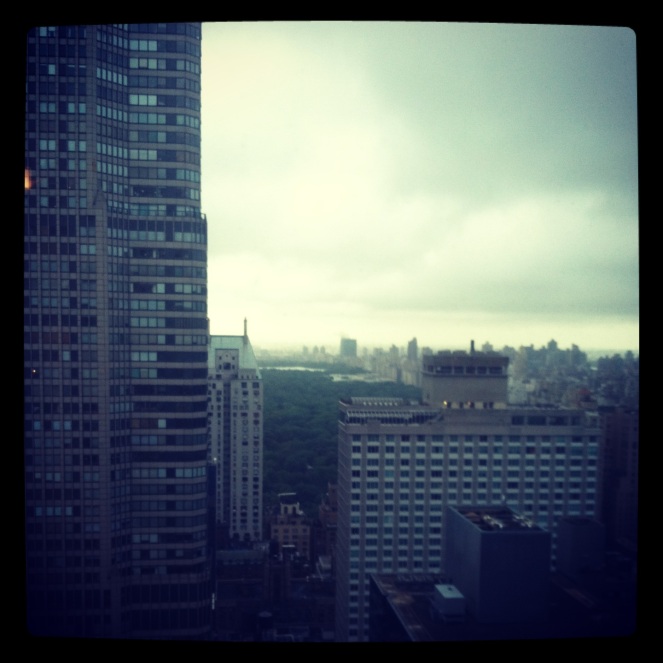 Company happy hour on the 44th floor of the Hyatt overlooking Central Park. 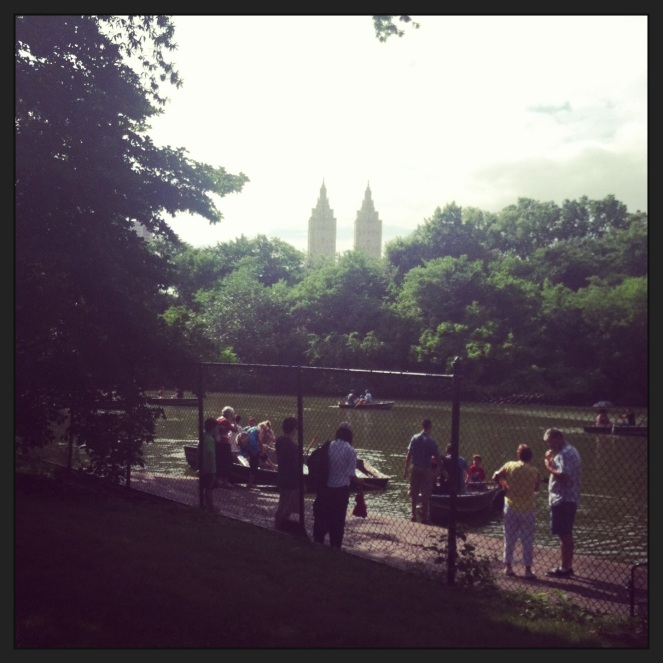 Got a quick break during the conference and headed out for a run in Central Park! Row boats in the city, this is my idea of romance! 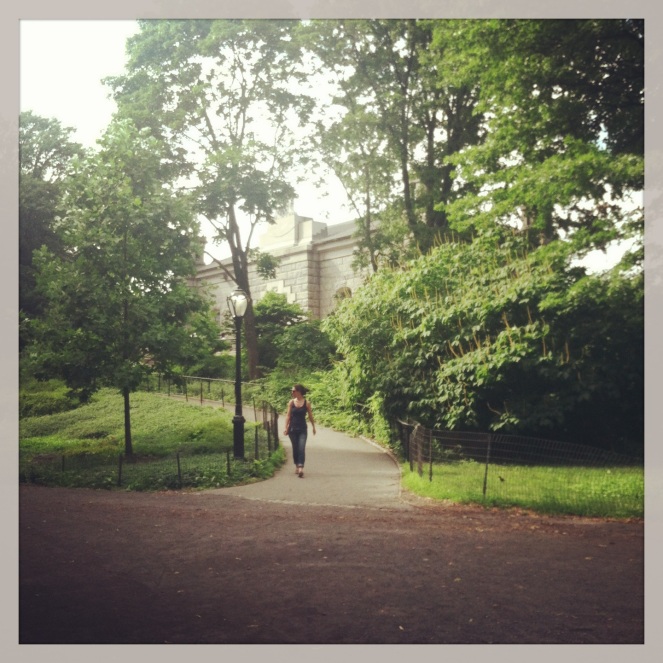 Ran past the little castle one of my friends was proposed to at! There so many hidden gems… 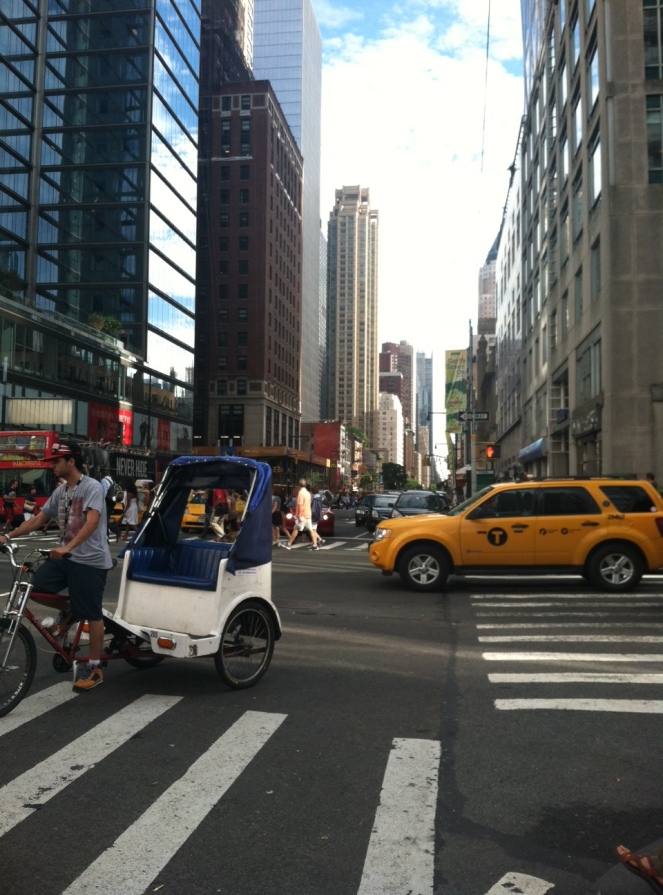 Took the long way home after my run and enjoyed the chaos of the city.

Controlled chaos is my thing, what can I say! 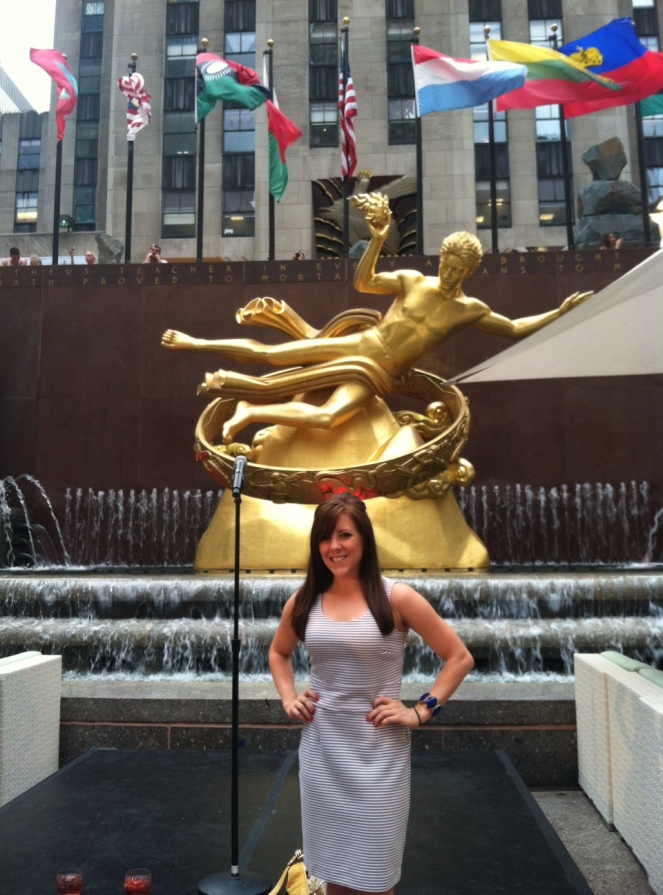 Our conference party was at Rockefeller Center! So gorgeous and so fun! 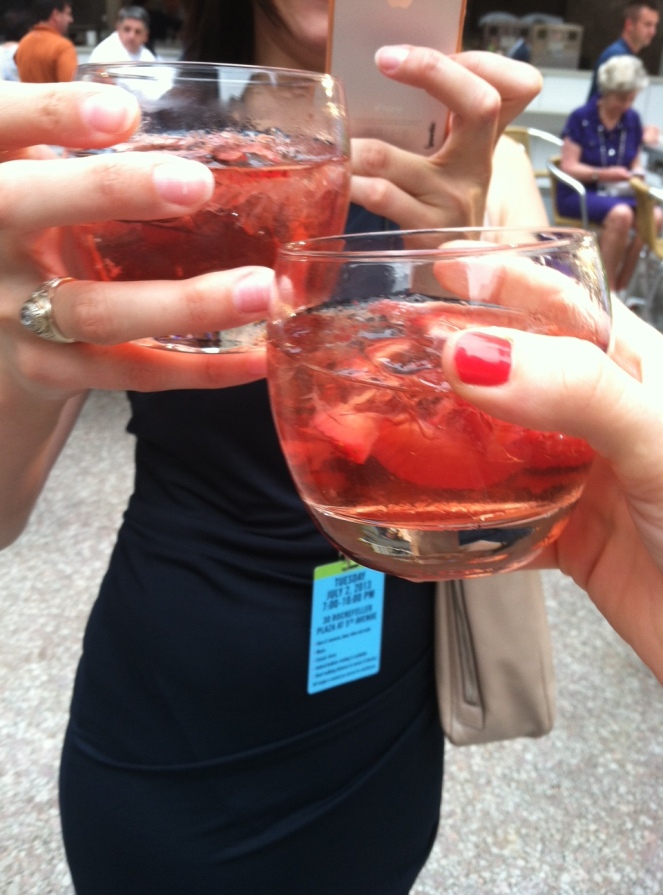 Feelin so cool sipping our delicious sangria while people take pictures of our glam party at Rockefeller Center! 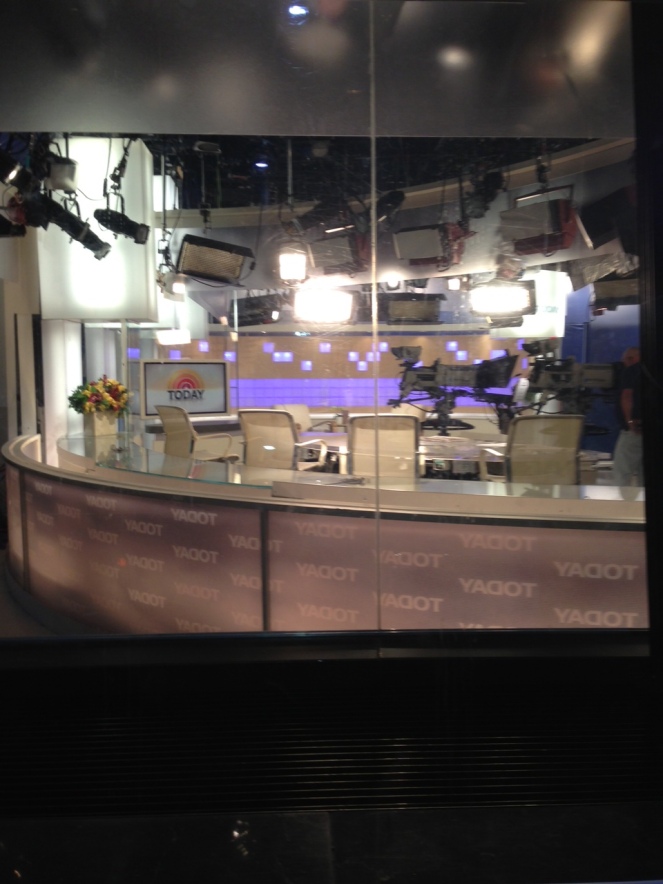 Woke up early the next morning to mob the Today Show! I used to wish to be a Today Show anchor when I was younger! 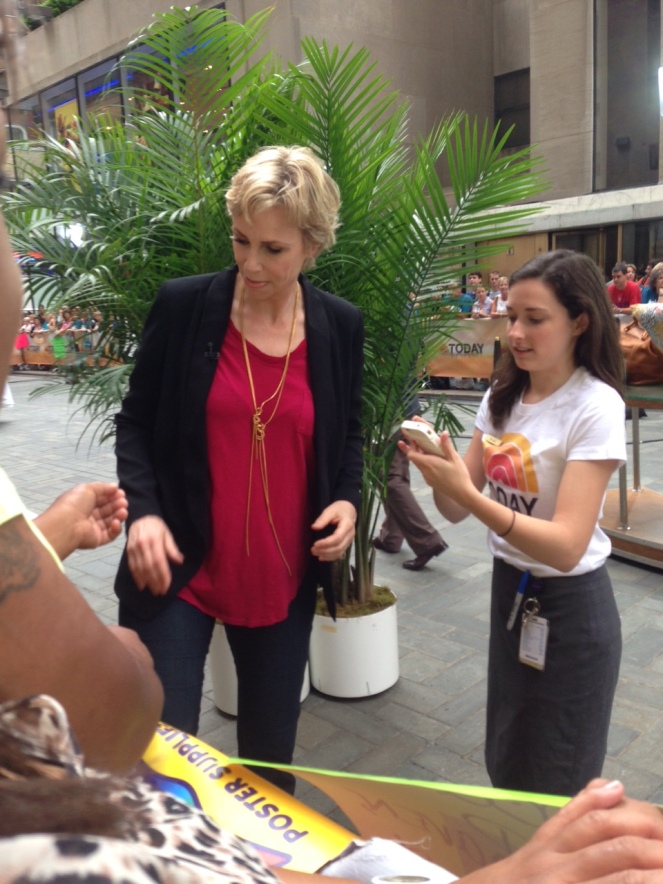 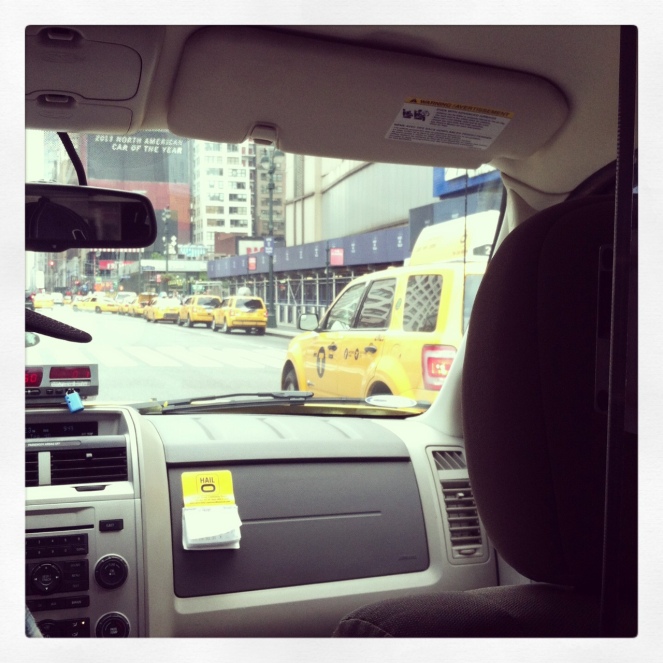 The only reason I got in the cab to leave the city is because the next morning I got to jump on a plane to Seattle for my cousins GORGEOUS wedding!

Stay tuned… ps… sorry for not writing for three weeks. I mean sometimes you just have to LIVE and be in the moment of life!

View all posts by latteconfidential